We are surrounded by technology. From our phones to our fridges, and even our toilets, we are in an endless race to make them all smarter. Our reliance on technology is only increasing and top-tier organizations are always on the lookout for people who can write the best software. In fact, according to the U.S. Bureau of Labor Statistics, the employment of software developers, quality assurance analysts, and testers is expected to increase by 25% between 2021 and 2031, which is much faster than the average for other professions. This rise in demand has made software engineering one of the most lucrative fields to pursue. However, there are vast differences in the demand for various programming languages. This means that the salary a developer can draw varies based on the programming languages they specialize in. Let’s take a look at some of the highest-paying programming languages.

ALSO READ: How to Improve Your Coding Skills

The Lowest-in-Demand Programming Language in 2022

Let us start by taking a look at some of the programming languages which have been in low demand in 2022. While there may be a resurgence in demand for these languages in the next couple of years, it generally isn’t a good idea to spend your precious time learning programming languages that don’t guarantee you a secure high-paying job.

Some of these languages include older, enterprise-focused languages like Java and C++, which have been seeing a decline in recent years. C++ is an object-oriented programming language that is notorious for security issues. It also uses a large amount of memory, which makes it unsuitable for several devices. Java, on the other hand, also has very high performance and memory requirements, which makes it extremely expensive to run.

What is the Best Programming Language to Learn? 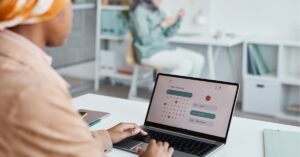 It is a high-level, general-purpose language with extremely simple syntax in comparison to other languages. It offers a large number of libraries that extend its applications to things like data analysis, web development, machine learning, etc.

It was created by Google for the creation of more software development projects. It is similar to C but its syntax is a lot simpler and also supports more scalable projects.

It allows you to work with databases. SQL, or structured query language, allows you to add, extract, and change data in the database, making it most useful for data analysts and AI developers.

How Emeritus Can Enrich Your Programming Career 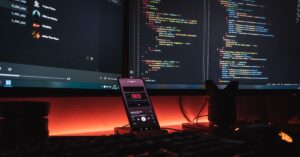 It’s obvious that competition is at an all-time high in the world of software development. Upskilling is essential to stay competitive. There are several courses that you can take to learn new coding languages and improve your skills as a coder. Many of these are available online, with Emeritus being one of the best platforms to learn from. You get to choose courses by premiere universities from around the world which let you learn from renowned industry experts. Choose your coding course on Emeritus today.