In 1999, futurist Ray Kurzweil predicted that by 2030, computers would be able to express emotions. Thirty years after his proclamation, we see Artificial Intelligence (AI) transforming our lives in ways more than we can imagine; developments in the field have been path-breaking, to say the least. Scientists grapple with the most remarkable questions of developing consciousness in AI—a notion that holds significant ramifications for our future. So, to understand the science behind these evolving models of intelligence, let’s brush up our knowledge on the existing types of artificial intelligence. 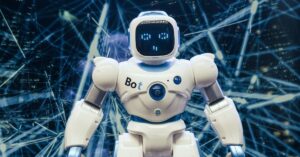 With improving capabilities and functionality, AI has penetrated almost every aspect of our lives. Here’s a look at the different types of artificial intelligence and how they differ from each other.

There are Three Types of Artificial Intelligence Based on Capabilities:

Narrow AI refers to a type of artificial intelligence that is designed to effectively handle a specific task. Also known as weak AI, it functions on fixed domain models and gathers expertise in a task from thousands of labeled data.

Super AI comprises all the human qualities of thinking such as consciousness, desires, cognition, and emotional intelligence, among others. It combines flexible thinking with computational models to come up with abstractions that the human mind cannot.

ALSO READ: Artificial Intelligence vs. Machine Learning: What are the Key Differences?

Under Functionalities, We Have Four Types of AI:

Reactive machines are a form of AI that acts on what it directly perceives and doesn’t retain any memory or internal concept of the world. IBM’s supercomputer, Deep Blue, mastered the rules of the chess board to predict the opponent’s moves and beat Garry Kasparov in 1990: this is a perfect example of a reactive machine.

Limited theory in AI refers to the Type II class of machines that can carry transient data from the past. Self-driven cars run on the limited theory where they have a programmed representation of the world. They observe other cars in real-time to avoid road accidents and correctly follow traffic rules.

Theory of mind in relation to AI refers to a significant departure from our present-day robots. Here AI can correctly perceive the mental state of another entity and apply it to predict human behavior.

Self-awareness in AI refers to the ultimate stage of intelligence development where artificial entities are equipped to craft representations about themselves. It would require a prescient understanding of memory, learning, and cognitive processes behind decision-making to design a self-aware AI system.

What is Narrow AI?

As mentioned above, narrow AI develops expertise in singular tasks and surpasses human intelligence in its performance. These machines perform under strict rules and constraints and are unable to transfer their knowledge or recall their experience in another unknown environment.

Over time, the complexity of the underlying information architecture has increased with the introduction of deep neural networks in the domain of narrow AI. Digital voice assistants like Alexa and Siri, image and speech recognition, and visual recognition of autonomous cars are a few advanced applications of narrow AI.

ALSO READ: What is a Neural Network? Why are its Applications Important?

What is General AI?

General AI involves machines that learn to emulate human intelligence. Their decision-making skills get closer to accessing and developing sentience—feeling and responding to hitherto unknown stimuli as efficiently as humans.

What is Super AI?

When machines surpass human intelligence and behavior, they belong to the category of super AI. Unlike its predecessors, the neural architectures that govern super AI are incredibly complex and outperform human ability to formulate ideas beyond the conventional.

Apart from extensive learning capabilities, the development of knowledge assimilation is remarkable in super AI. Moreover, the gap between the development of AGI and Artificial Super Intelligence (ASI) is extremely small due to an extreme overlap in their functional paradigms.

What are Reactive Machines?

Artificial intelligence in its nascent stages is purely reactive. It is equipped to react to current scenarios within a known environment whose rules have been manually updated within the machine. With the absence of a memory-building capacity, there is no scope of pre-planning in reactive machines. Irrespective of time and place, they perform the only way they have been programmed.

However, it is important to note that the programmed activities reach the highest levels of efficiency in reactive machines, often surpassing human talent. Working mostly on labeled data, intricate analysis enables the AI agent to fully utilize its processing skills and execute the tasks without any hindrance.

What is Limited Theory?

The limited theory stands at the intersection of advanced neural networking and reactive programming. In contrast to reactive machines, limited theory refers to a type of artificial intelligence that can look at the past to determine its current courses of action.

In limited theory, memory works in the form of static short-term representations of immediate past experiences. These static representations form the core knowledge system for the AI agent who then uses logical regression and correlations to excel in a task. The drawback here is that the AI agent can’t retrieve this immediate experience for long-term purposes. This means a self-driven car cannot excel from its driving experiences self-sustainably.

What is the Theory of Mind?

This comprises the AI agents that formulate their own thoughts, decisions, and feelings. The past two years have witnessed a generation of AI agents that are in the nascent stages of developing a theory of mind. Apart from recognizing faces and socializing, next-generation robots like Sophia and Han are adopting the technology of understanding emotions and learning in real time.

Self-awareness in AI is the most ambitious idea of this century in the field of machine learning. This is where the theory of mind jumps one step further to enable AI to develop representations of its own self with respect to the world. Without the formation of this idea of awareness, AI agents would at best remain subordinate to human society in general. To put it simply, self-aware AI agents can be self-sufficient enough to develop a consciousness of their own, becoming autonomous entities with unique needs and desires.

ALSO READ: 4 Types of Machine Learning and How to Build a Great Career in Each

Applications of Artificial Intelligence in the Real World 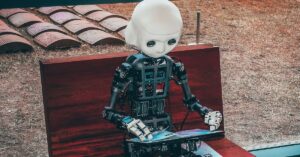 The different types of artificial intelligence come with diverse applications in the real world, and across the following areas:

The future holds some of the most promising developments in the world of AI, including technology like ChatGTP. As advancements in the industry continue at an unprecedented pace, it is important for professionals in this field to keep their knowledge and skills up-to-date. One way of doing that is by pursuing these comprehensive AI and ML courses from Emeritus in collaboration with top global universities. Remember, the types of artificial intelligence are only going to grow more complex, and you don’t want to be left behind.