Did you hear the internet go quiet on all the multi-million dollar funding pr in the last couple of months or so? Is there a sudden hiring freeze in your organization? Did your investments stop growing as they were just a few months ago? These signs of unease in the market are not new to most people. After all, even the millennials are well on their way to experiencing the third recession of their 30-something lives. Yes, a recession is coming in 2022 and it is rumored to be quite severe in its impact. However, a recession is always ‘coming’ because booms and busts are both an integral part of the economy. Thus, learning how to survive recession is a life skill that every adult must know. Thankfully, like most skills, it can be learned.

But, before we take you through a step-by-step process of how to survive recession, let’s explain what a recession is to the uninitiated.

What is a Recession? 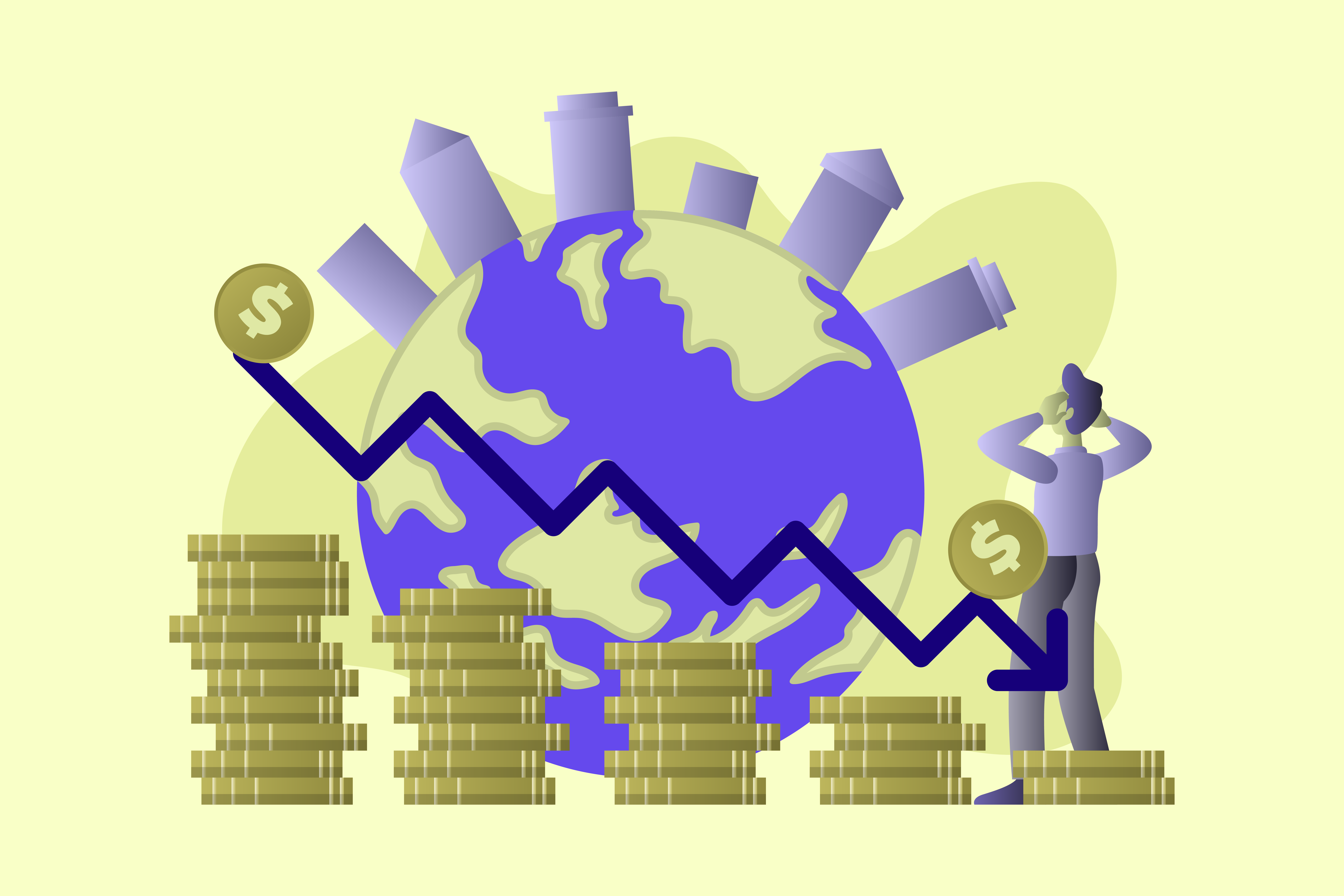 If we were to define recession using some ground rules, then it can be two consecutive quarters of declining Gross Domestic Product (GDP), as per economist Julius Shiskin. The National Bureau of Economic Research (NBER) defines a recession as “a significant decline in economic activity spread across the economy, lasting more than a few months, normally visible in real GDP, real income, employment, industrial production, and wholesale-retail sales.”

But, in layman’s terms, we can define a recession as a time when companies make fewer sales and profits, people lose jobs, the valuation of properties declines, and investment capital dries up. In short, the entire system goes through a period of financial hardship that could last from a few months to a couple of years. You can get a more detailed take on what a recession is from this Forbes article.

Power Words: Bursting of the Bubble

You will hear of this term very often in association with recessions. A ‘bubble’, in economic terms, is an industry or market that has falsely inflated value. It is usually the result of a market trend where something ‘booms’ and all companies want to jump on to that bandwagon. An economic ‘bubble’ is fragile, just like an actual one and often bursts when tested in harsh market conditions. A perfect example would be the bursting of the dot-com bubble in 2000. More recently, we have seen the unicorn bubble burst between 2019-2022.

A recession should not be confused with another common economic phenomenon, namely inflation. There are marked differences between the two. A recession refers to a period of economic slowdown and inflation is a general increase in the prices of goods and services. While a recession is a definitive indicator of an economic downturn, moderate levels of inflation are considered healthy for a growing economy. You can take a detailed look at the difference between recession and inflation here.

Before we get into how to survive recession, let’s first understand why the world is facing a recession in the first place. The markets seemed to be thriving at the beginning of January 2022. People were getting back to some form of ‘normalcy’ post COVID-19, the capital was abundant as investors had faith in the market, and companies were hiring with astronomical hikes! So what changed between January to June 2022?

It started with China’s Zero COVID Policy which triggered fresh lockdowns across the country and its trading ports. This created a massive supply chain disruption globally. Then came the Ukraine-Russia crisis that became a sore spot for all of Europe. There is a lot of energy dependence in this region sending Europe into a downturn. The only way to control the growing inflation would be to have a recession and that is exactly what all banks around the world have predicted.

How to survive recession from beginning to end?

Essentially, recessions and economic booms are a part of a cycle. There will always be another recession down the line. Hence, preparing for an economic downturn is a part of adulting.

Have you heard the common saying about flu: three days to come, three days to stay, and three days to go? Just like the flu, a recession never starts in a day. There are enough warning signs that lead up to it. Once it begins, it stays at least for months if not years. Even when it comes to the ending, recessions take their own sweet time to go as the economy recovers slowly. So, if you want to know how to survive recession, follow the steps listed below:

Step 1: How to prepare for an upcoming recession?

I: Bear with the Market Bear

The most important thing to remember about recessions is that they never last forever. Hence, don’t pull out your long-term investments just because there is a temporary downturn.

When you know that a recession is coming, the first thing to do is pay off your credit card loans. You cannot possibly pay off other debts like mortgages on homes but you should try to be as debt-free as possible.

The year the market crashes may not be the best year to go on your dream vacation or invest in a new car. Cut corners where they matter and have an emergency fund ready when you see a recession coming your way.

IV: Work on an alternative source of income

Finally, recessions lead to layoffs for companies closing down. You need to have an alternative source of income. It could be a freelance gig you pick up or consulting work you do on the side, but have at least two sources of income.

Step 2: How to survive a recession that is ongoing?

Want to know how to survive recession? Be smart but not over-smart. A recession is not the time when ‘risks pay off’. So stay a mile away from risky investments or business ventures.

II: Be Friends with Technology

No matter how the world reacts to an economic downturn, technology is something that will always grow. So, never shy away from learning a new technology or investing in it.

III: To switch or not to switch?

You will see a lot of ‘panic quitting’ during a recession. So, here is a simple secret to the switching jobs dilemma. If you are working in a stable company and your role is relevant, do not switch jobs during a recession. However, if you find yourself in a job that seems to be losing relevance due to an economic downturn, look for greener pastures. It is also important to not be lured by ‘hikes’ during a recession. A stable job is better than a mercurial one in an uneasy market.

Whether it is laying off people at work or moving to a smaller apartment, recessions bring tough calls with them. Never lose sight of the larger picture in such trying times. You must do what is best to save the livelihoods of the maximum number of people.

V: Invest in Yourself

Recessions are a time to course correct. For organizations, that means investing in the right infrastructure/ technology/ people. For individuals, it means investing in themselves. Fill your skill gaps or learn new skills to stay relevant. You can find a whole range of online courses on Emeritus to upskill and reskill during a recession.

Step 3: How to come out of a recession as a winner?

Do you know what is common between Netflix, LEGO, Microsoft, and Apple? They have all come out as stronger companies after recessions. What does this show? It shows that if you know how to survive recession, you might thrive on the other side of it. You can learn more about how these companies thrived post-recession here.

For individuals, the most important aspect post-recession is to encash the investment they have made in themselves. So when you see the tide turning, ask for a bigger role in your company or look for that job opportunity that will give you your next big break. Change your career path if you feel it is becoming irrelevant. You can also take the big step toward becoming an entrepreneur when you see the silver lining at the edge of the economic cloud.