Artificial Intelligence (AI) has pushed the frontiers of innovation in modern medical science and transformed the way we diagnose, perceive, and treat diseases. But nothing has catalyzed AI’s remarkable evolution more than the developmental studies of the human mind. We have given computers logical and cognitive abilities as a result of studies motivated by structuring the cognitive processes of the brain. This blog explores the shared history of cognitive science, technology, and AI, some key cognitive methods, and what career opportunities await cognitive scientists.

What is Cognitive Science?

Cognitive science is an interdisciplinary study of the human mind and the brain to understand the mental processes behind what scientists call ‘cognition’. Its central tenet describes the human mind primarily as an information processing center. It attempts to understand how the brain processes different knowledge systems and their mental representations to produce intelligent behavior. In short, cognitive science assimilates inputs from philosophy, anthropology, neuroscience, computer science, AI, and linguistics to digitally codify human intelligence.

What are Some Examples of Cognitive Science? 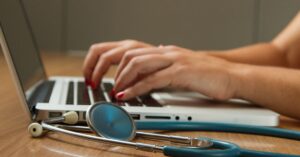 Cognitive psychology, a branch of cognitive science focused on processing behavioral information, leads to a large number of practical examples relevant to our daily lives. Some of the most common instances of cognitive study include:

The term cognitive science was coined by Christopher Longuet-Higgins in 1973, in his commentary on the Lighthill report but the roots were laid much before. In the mid-1950s, psychologist George Miller led a scientific experiment in psychology in collaboration with scientists and linguists such as Herbert Simon, Allen Newell, and Noam Chomsky. That triggered a more systematic approach to studying mental operations. Their idea was to combine experimental psychology, linguistics, and the computer simulation of cognitive processes into a separate branch of study. Then, in the 1960s, computer scientist and Stanford University professor John McCarthy’s concept of AI filled the technological vacuum in the nascent field by introducing computational models for the mind. And this, in turn, led to the founding of the Cognitive Science Society in 1979. It is a seminal non-profit organization that consolidates scientific research from different fields of study to foster an understanding of the human mind.

Cognitive science assimilates diverse outlooks of different branches, bringing them under the purview of scientific observation. Its key methods include:

Real-time imaging of neural activity inside the brain has revolutionized studies on cognitive brain function. Here are its primary instruments:

ALSO READ: Lifelong Learning: What is it and How Do You Benefit From it?

Psychology is an umbrella term for understanding the human mind and its thinking patterns without getting into the brain’s deep functionality. Cognitive science, on the other hand, studies the phenomenon of cognition and associated deep neural processes. It stands at an intersection of psychology, neurobiology, social sciences, behavioral science, and biology.

Cognitive science studies brain processes and tries to structure the abstract phenomenon of human cognition and intelligence. Neuroscience deals with the study of the entire human nervous system and how the underlying neural network functions connect the entire cellular structure via electrical signals.

The interdisciplinary approach of cognitive science enables one to acquire a host of highly transferable hard and soft skills. They attract lucrative offers in different domains such as:

ALSO READ: How to Become an HR Manager in 2023: A Comprehensive Guide

Those interested in further research can also engage with the following domains:

Is Cognitive Science the Same as Psychology?

What Subject is Cognitive Science?

It is a comprehensive study of mental processes related to thought, learning, memory, attention, and mental organization. It draws its resources from philosophy, anthropology, neuroscience, and psychology.

What is Cognitive Science in Artificial Intelligence?

The world today is at the intersection of the greatest innovations in the fields of neuroscience, cognitive science, and AI—given their interrelated development. Do look into Emeritus’ thoroughly updated courses on healthcare and make the most of this AI-cognitive science-healthcare trident.