You can call him a self-taught technology professional or simply a tech enthusiast. He is also outdoorsy, loves to exercise, and spends his time gardening and bird-watching. Ex-Marine Matt Elliott is a person who dons many hats. So when his role as the Chief Product Officer of Infobelt, a tech company based out of North Carolina, encouraged him to learn MERN (stackable technology), he dove right into it. And the Professional Certificate in Coding by MIT xPRO he attended turned out to be his big next step in an intensive tech career.

It is an open-source technology stack that comprises MongoDB, Express, React, and Node. It is mainly used to deploy full-stack web applications in a smoother way. Our interaction with him taught us something very valuable: a professional course can fill the gaps in your knowledge that you didn’t know existed, and helped him become tech literate. And on that note, let’s get to know our learner, Matt Elliott, a little better! 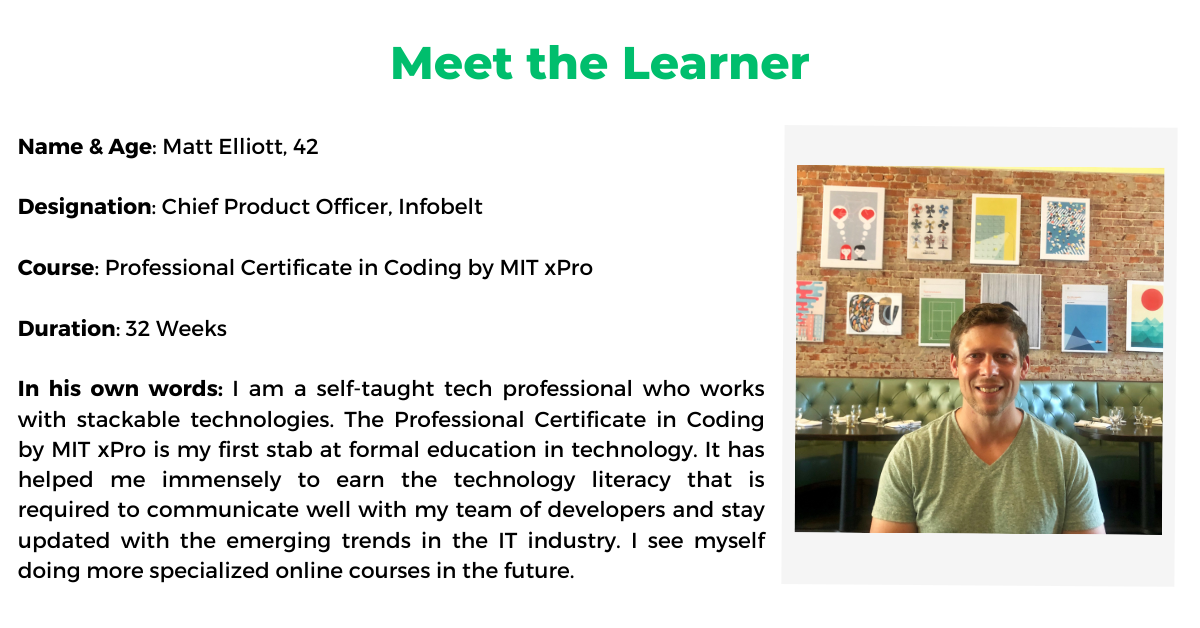 Elliott, for instance, joined the Marines straight out of high school. And when he left active military service to go to college, he chose to study finance. The plan was to eventually become a stockbroker. However, that didn’t pan out as planned and he became a financial advisor instead. Only to realize early on, that he didn’t enjoy the role very much.

So, he went back to his first love, technology. He had dabbled in tech as a teenager and his interest in gaming was sustained through his years. Cut to the present, Elliott is a C-Suite professional for a tech company! There couldn’t be a better example of how you can shape your career in any field you choose as long as it piques your interest.

As professionals, we should spot and address knowledge gaps

Wondering how Elliott went from being a technology enthusiast to the Chief Product Officer for a tech start-up? It involved plenty of self-learning. For instance, when Elliott finally moved from a customer-facing role to a hardcore technology profile, which was his dream, to begin with, he had to teach himself Javascript and some SQL.

But, what really encouraged Elliott to look for MERN coding Bootcamp courses online was the language gap between his product team and the developers. “I realized I could not explain my requirements to the team of developers without fully understanding the nitty-gritty of Javascript or tech stacks. And this prompted me to look for online Bootcamp courses.” He then discovered the Professional Certificate in Coding by MIT xPRO. This course offered by Emeritus was conveniently online and the value-proposition that came with the MIT tag tipped him over!

“The problem with being self-taught is that when you don’t have a practical application to exercise on, then the passion for learning kind of fades away after a while,” says Matt Elliott.

No one could have put it better. Until he participated in this coding Bootcamp by MIT, he had learned technology through books and tutorials. This was his first shot at formal tech training; in his own words, it formalized a path toward exercising and reinforcing what he was learning.

A capstone project is a final project that requires you to integrate all that you have learned in a course or online bootcamp. For Elliott, it was a web app that simulated a personal banking application. He created it using a MongoDB database and a Node js server with a react front-end. He also had to write API calls for the front end to retrieve data from the database. And that put into application all that he had learned at the MERN coding bootcamp. 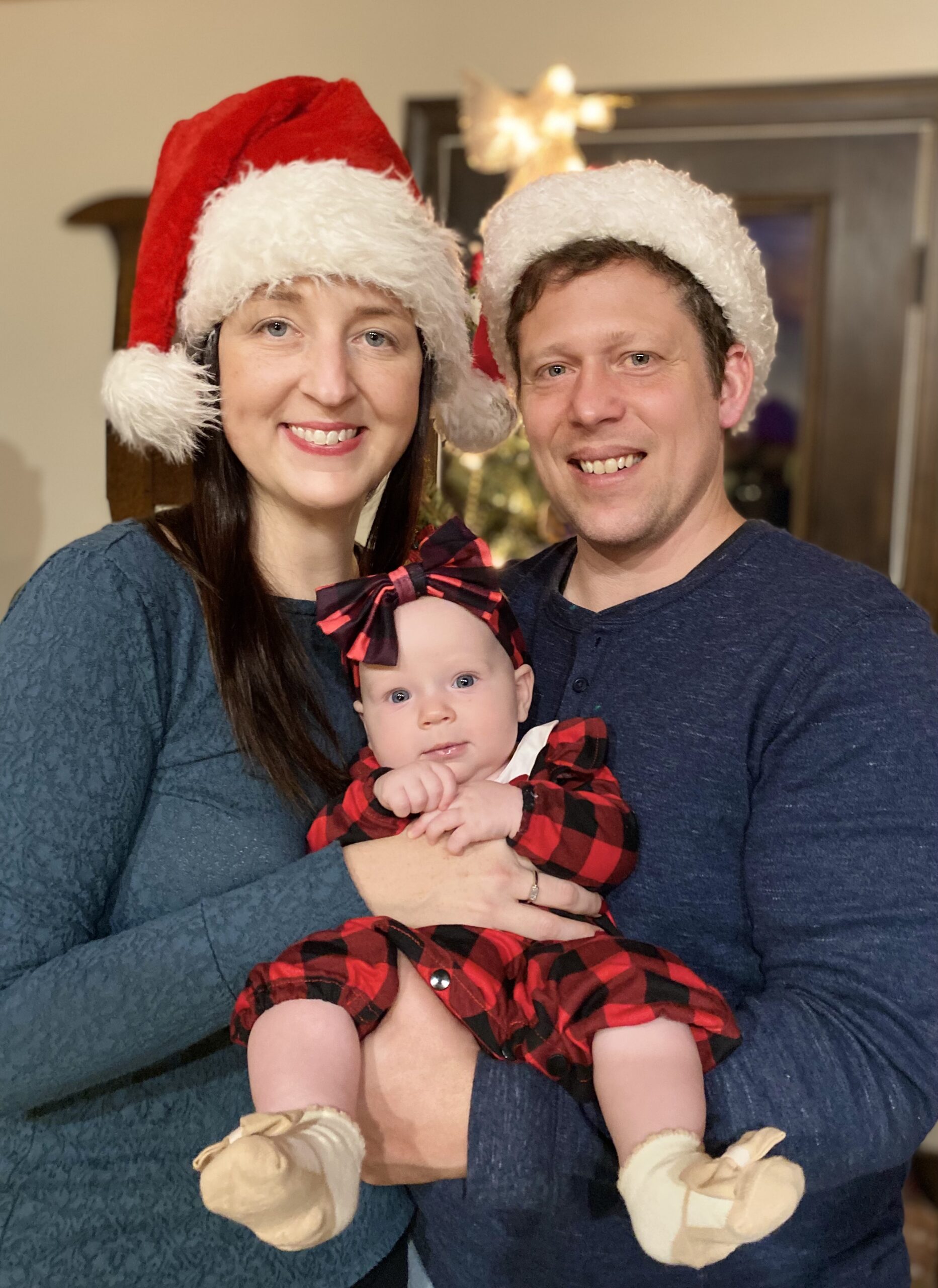 Managing a full-time job, your family, and an online course is challenging but doable

Interestingly, Elliott’s wife was pregnant when he was completing this course. So, he couldn’t give her as much time as he would have liked. But, guess what? She was really happy that he could go through with it and upskill!

That is why online courses work!

Elliott strongly feels that even if he had picked a university that was close to his home, he could not have managed time in between work and his personal commitments. So the fact that this was an online bootcamp was definitely a huge plus! And budget not being a constraint, he would recommend it to his peers.

How the MERN coding bootcamp helped: 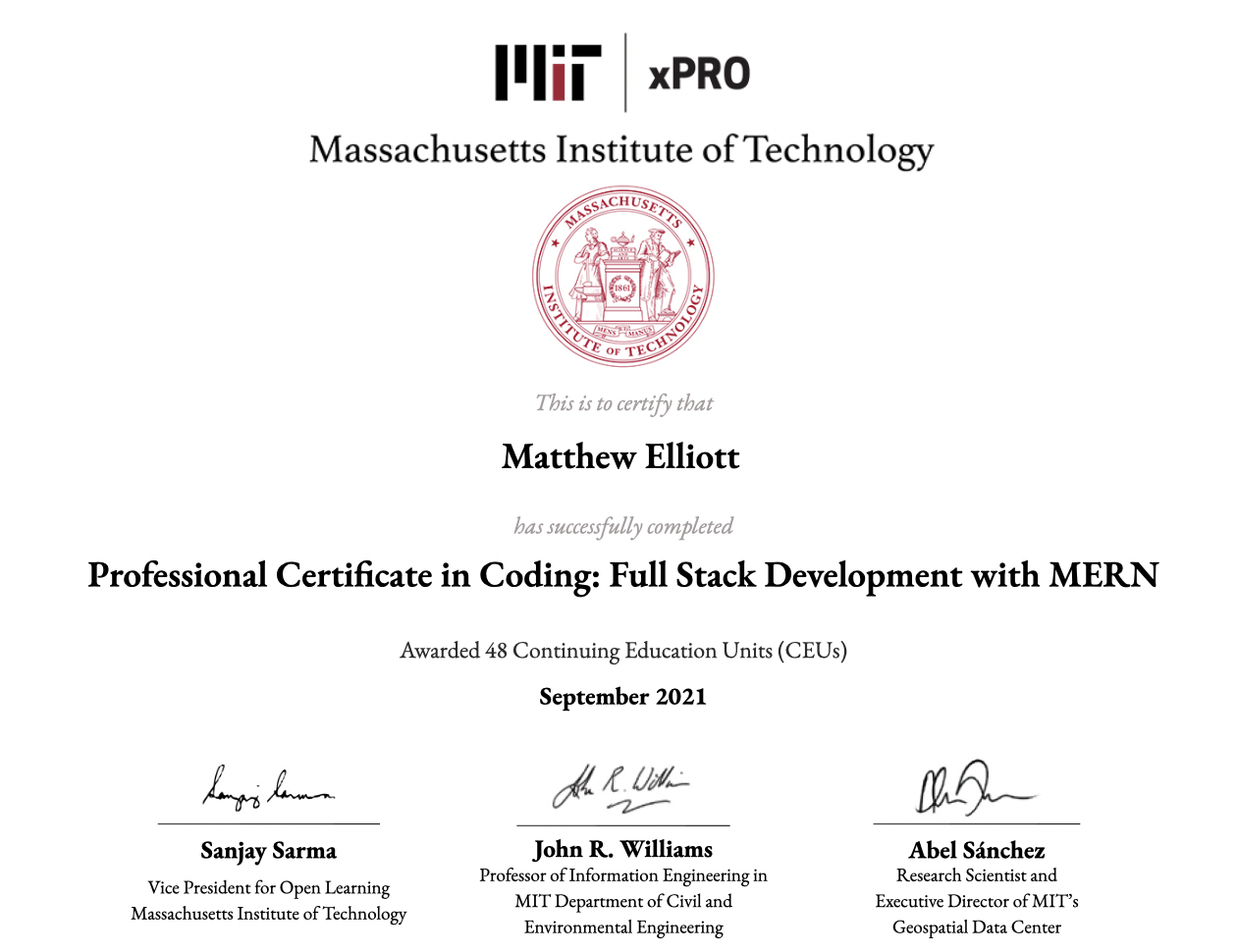 #1: It helped him earn the technology literacy that is required to communicate well with his team of developers

#2: He networked with like-minded professionals on a Slack network that was part of the course

#3: In fact, he actually ended up hiring a co-learner Marco Garza in his organization

#4: The bootcamp introduced Elliott to many emerging trends in software development; this helped him find resources where other people had already solved problems

Elliott feels that one of his learning facilitators, Patrick Andre, deserves a special mention. He truly understood when and with what part of the content the class was struggling with. Another professor whose classes Elliott enjoyed was Professor Sanchez. He was awesome because he would swiftly progress from a small concept to a more complex one without overwhelming the class.

Want to know more about this course? Click here to find out!

Also read: How the Right Course Led Olivia Bannerman to Her Dream Job as UX Designer