The popular interpretation of hackers has changed from ‘people who want to break into private and confidential data’ to ‘people who like to find out how things work’ over the years. Companies like Accenture and Deloitte are employing qualified hackers to keep their data and processes safeguarded. However, only a certain type of hackers have been getting opportunities at these business conglomerates. They are ethical hackers or white hat hackers who hack into different systems adhering to all legal and ethical regulations. So, let’s understand who an ethical hacker is.
Ethical hackers are skilled professionals who evaluate the data, applications, etc., of an organization to track malicious or alien infiltration into an organization or individuals’ system. They have excellent technical and non-technical skills and expertise, which reaps benefits for everyone when put into a business environment.
There are three types of hackers: white hat, black hat, and grey hat. White hat hackers are individuals identifying loopholes in an organization’s security system with their permission and consent. Meanwhile, black hat hackers and grey hat hackers gain unauthorized access to various organizations or individuals’ systems to destroy or steal crucial data. What makes white hat hackers different from black hat hackers is that they seek an organization’s permission to work for the safety and protection of their system.
Now that you know who an ethical hacker is, let’s look at an ethical hacker’s salary in India and career prospects. Continue reading to know more. 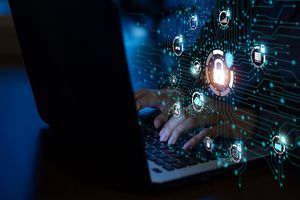 Salary of an Ethical Hacker In India 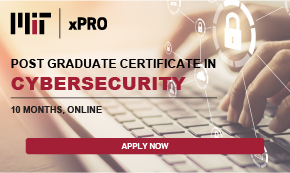 One might wonder what makes an ethical hackers’ role desirable and high earning. There are many reasons, namely, the lack of skilled employees and an experienced workforce that can solve complex security issues. Below, we discuss why ethical hackers earn higher than other professionals. Read on.

Why is the Salary for The Ethical Hacker in India High?

The salary of an ethical hacker in India is high as compared to other professions. Mainly because ethical hackers play a dynamic and imperative role in an organization, they ensure that a company’s data, processes, applications, trade secrets, and brand blueprints are safeguarded from the evil eye of the world wide web (www). They install and incorporate appropriate safety infrastructure measures to prevent breaches or tampering of important company information (data, process, app).

For instance, the recent data breach of grocery wholesaler- Big Basket, where the important data of more than two crore customers was leaked on the internet, could have been prevented with the help of ethical hackers. Similarly, ethical hackers can avert many risks a company might face during its operation by implementing different systems and strategies.

Moreover, ethical hackers are an inevitable part of an organization in the age of the internet. They offer cybersecurity to the business and protect them from the dangers of the world wide web by deploying their expertise. Therefore, making them one of the highest-paid professions in recent times.

What Are the Responsibilities of An Ethical Hacker?

Introduction to Ethical Hacking and How to Master It

Ethical hacking is a practice of making authorized infiltration into the system of a business or an organization to evaluate their security and privacy systems and others. Ethical hacking gained prominence in India in the past few decades, where more and more companies are resorting to the process to ensure the security of their data, processes, and systems. Before unravelling hacks to master ethical hacking, let’s look at the history of ethical hacking.

It is believed that John Patrick, a former IBM executive, coined the term ethical hackers in the 1990s. Although there is no information about the inspiration behind coining the term, it is sure he gave the world of commerce a new concept to rejoice. Today, ethical hacking is an integral activity carried out in every organization. Here’s how to master ethical hacking.

There are several ways in which an aspirant can learn ethical hacking. However, if asked how to master ethical hacking, there is no definitive answer; it depends on what one wishes to achieve. If you want to pursue ethical hacking to add up to your skillset and enhance your resume, consider taking up certification courses that offer an insight into the concept. Emeritus India is a great option. We offer different cybersecurity courses that provide a deep insight into the different concepts, processes, and systems of ethical hacking. In addition, we have partnered with reputed Indian and global institutes to offer quality education to working professionals.

Whatever you decide, ethical hacking has a bright future prospectus. Ethical hacking is a branch of cyber security that has a plethora of career opportunities in India.

Over the few decades, there has been exponential growth in online transactions, data storage, cloud storage and much more. In an evolving online world, digital…